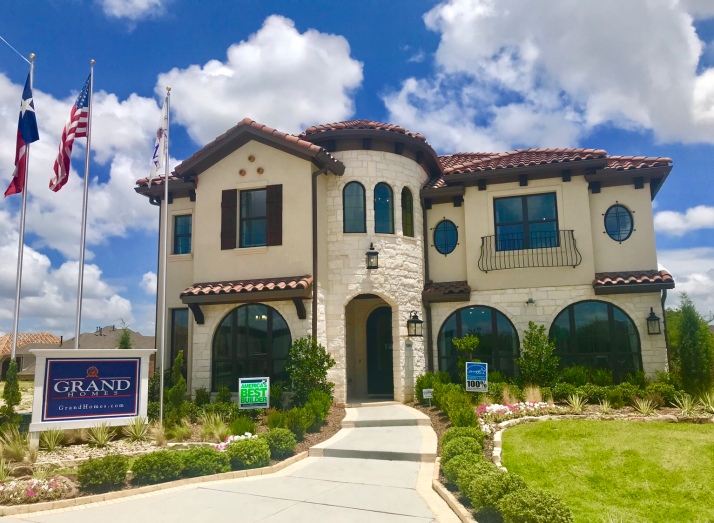 The Tour at Craig Ranch is located in Craig Ranch on the border of Frisco and McKinney (Frisco ISD) Grand Homes is the builder in this 71 lot community. 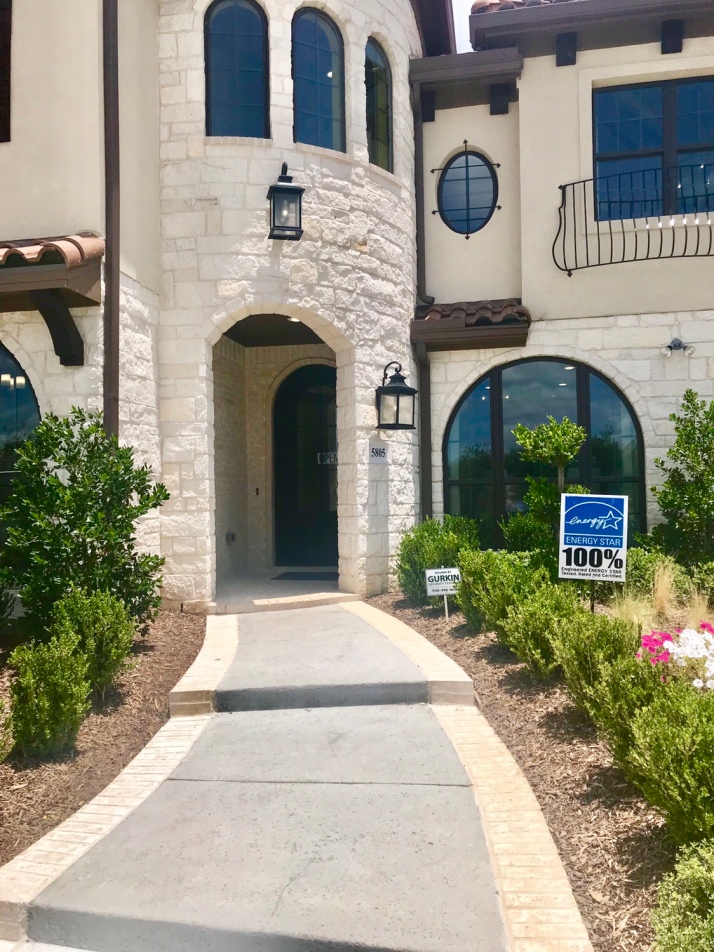 17 of the lots have been sold in the past couple of months! 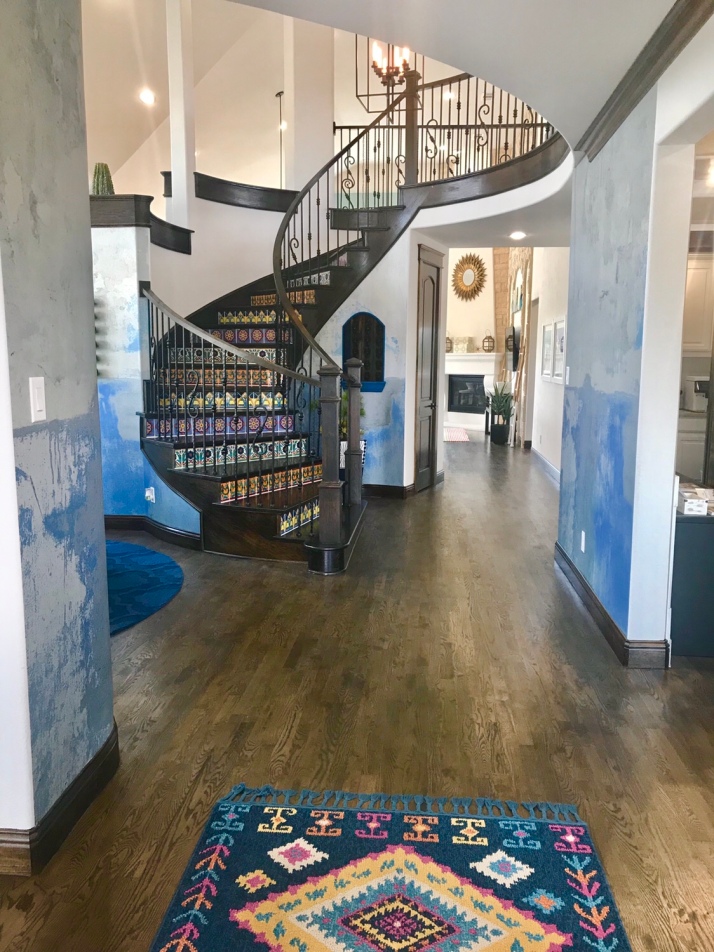 You open the model door and its a sight to see! Pictures do not do it justice. 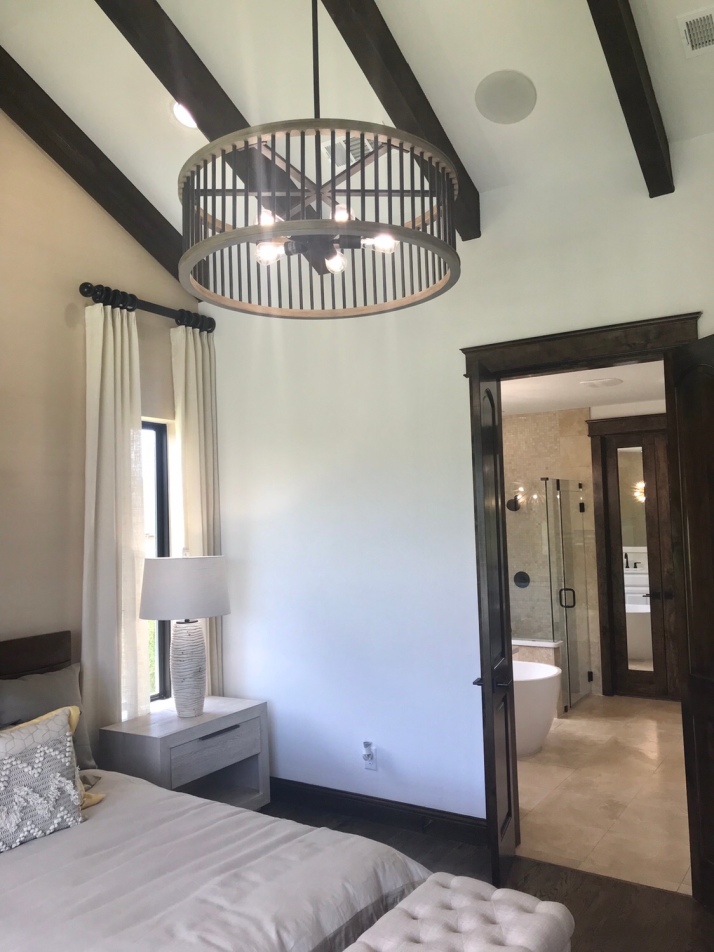 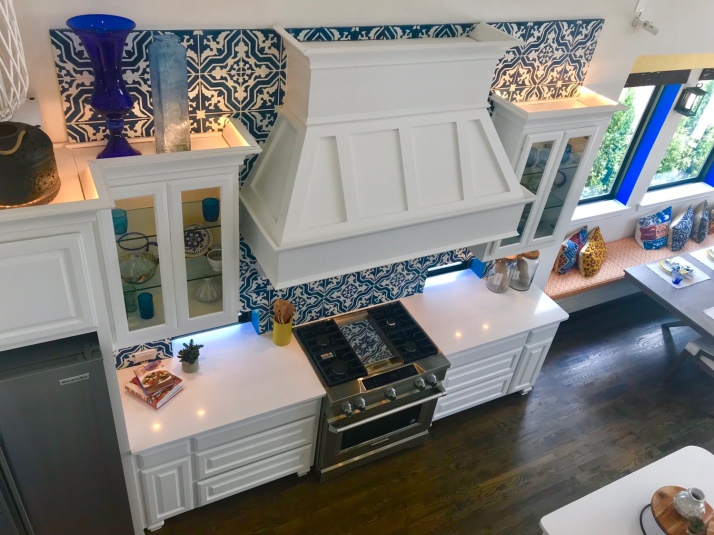 I was also not expecting such great standards as well. They are really providing great products in the homes as a standard like 16 seer HVACs and engineered I-joist floors. See below for more standard features:

I really like the inventory home they have that will be ready at the end of the month. 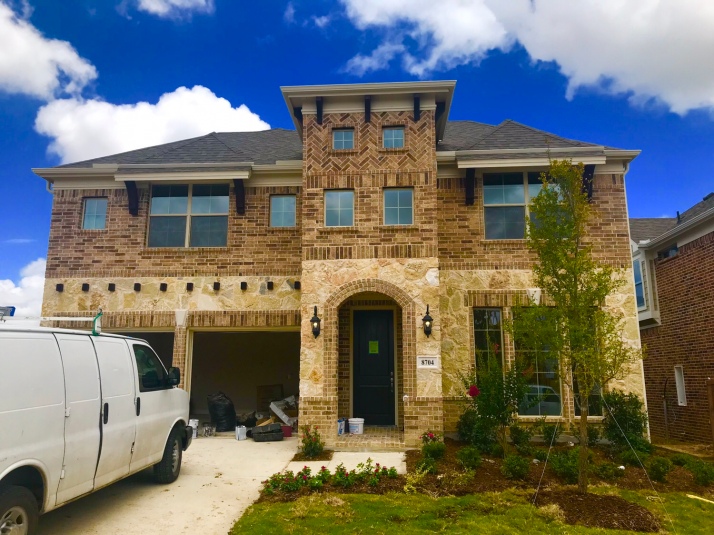 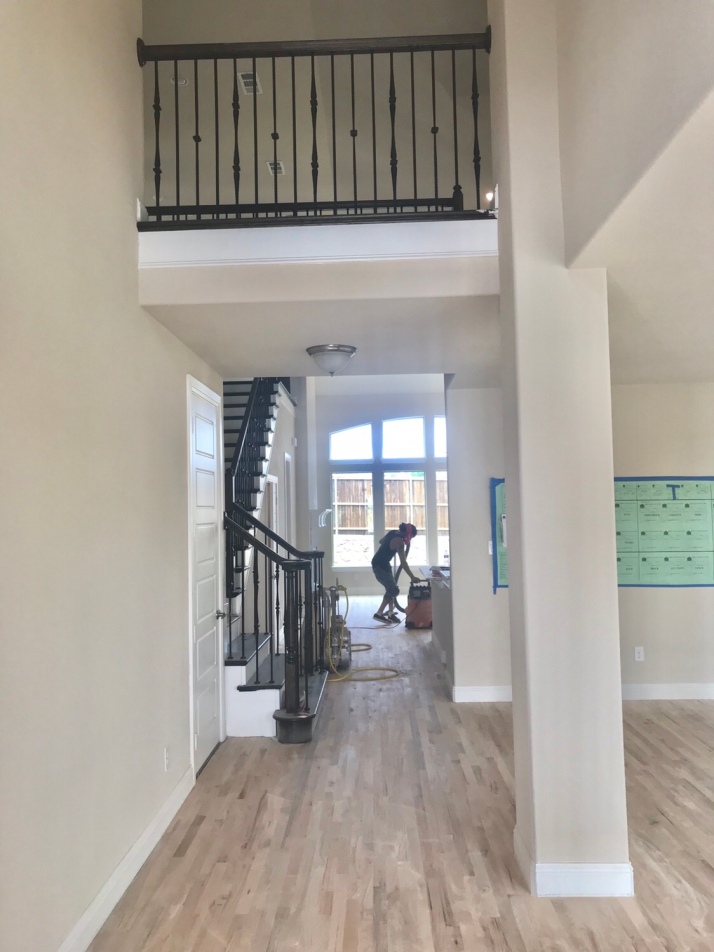 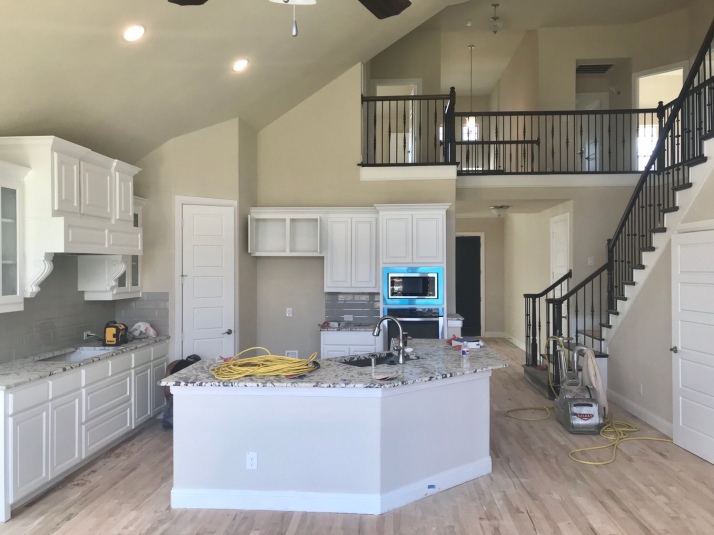 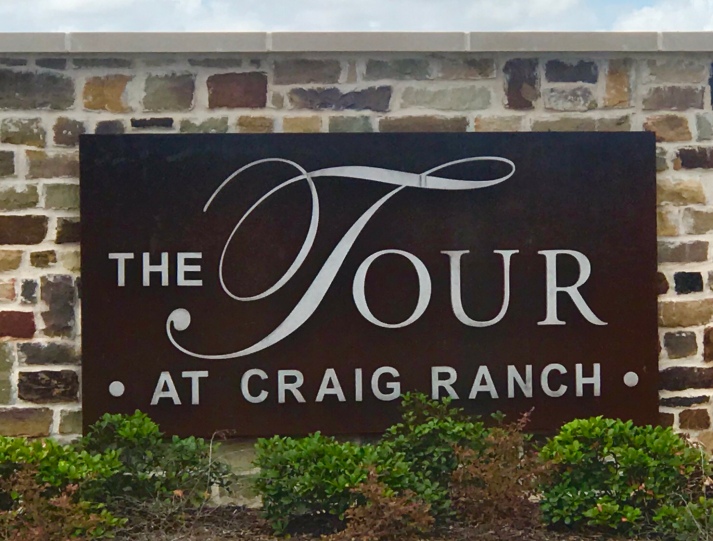 For more on The Tour at Craig Ranch by Grand Homes text or call Brad Holden at (469)733-2723. And don’t forget to ask me about splitting my commission on any new home purchase in DFW!

This will be their fourth facility company wide.

The Austin-based companies new site is a 6.5-acre tract of land which is a perfect size for a theatre.

The plans are for 10 screens and will feature reserved seating in plush recliners, wall-to-wall screens and the latest in digital and sound technology. 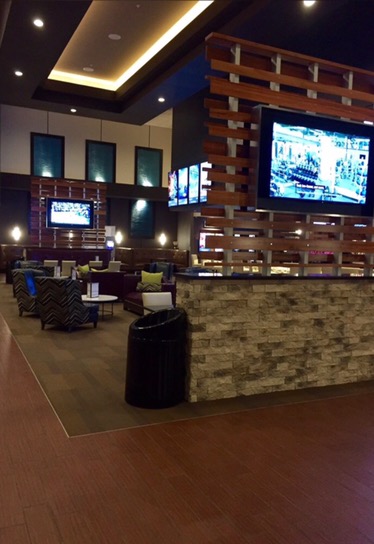 Places like this just work! Studio Movie Grill is another like concept and it’s really hard to take my family to another theatre that doesn’t have these features.

The 2,200-acre Craig Ranch is one of the Dallas area’s largest and most successful residential and mixed-use communities to date. And adding Southern Hills this next weekend, this will only help their numbers!

Southern Hills at Craig Ranch by Ashton Woods plans to have its GRAND OPENING in the next week! 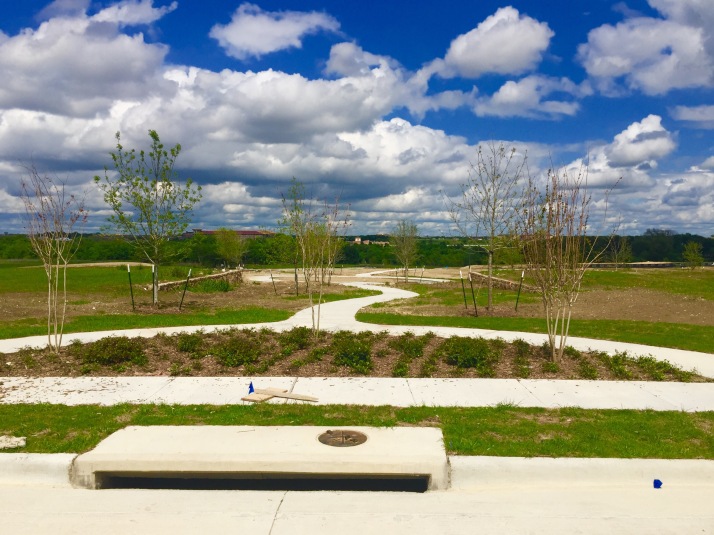 I remember back in January of 2014, I was chatting with David Craig and he mentioned to me that Nick DiGiuseppe, a well known real estate developer, has the land behind Lowes under contract and is projected to close in February 2014. (See the picture I posted back in January 2014 below regarding an update on the Craig Ranch development) 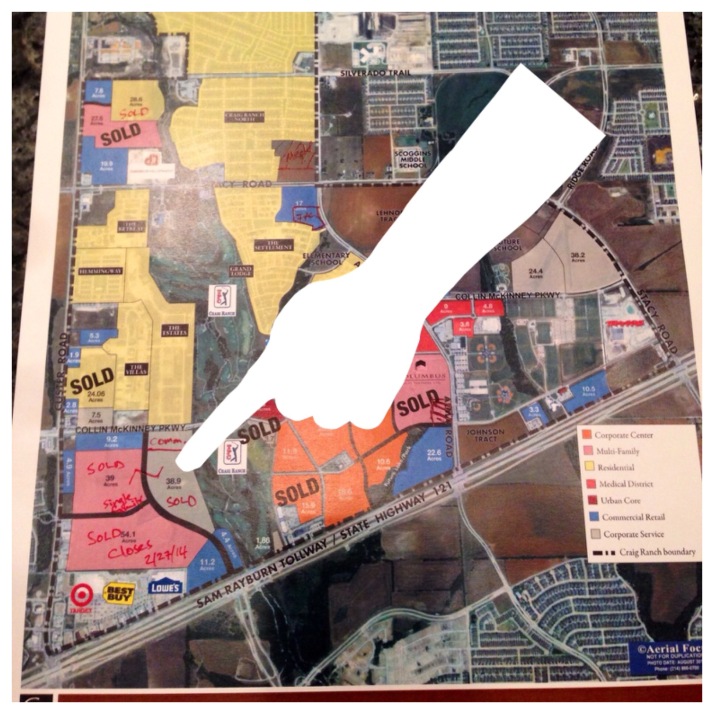 Well fast forward to May 2016 and pre sales will begin for that land! Southern Hills at Craig Ranch community by Ashton Woods is ready!

When looking for a new home, I always tell clients to start with choosing the community, then select a lot, then a builder. In that order. And it would be very difficult for anyone to choose any other community over Craig Ranch!

Craig Ranch is David Craig’s vision of 2,200 acres where he is creating, in his own words, “New Urbanism.”

To explain, lets start with a master-planned business, retail and residential community.  Now add in to the mix luxury home builders, boutique shops, restaurants, high end affordable office space and topography that most Texans did not know existed in Texas. Okay, now that pretty much sums up Craig Ranch!

He is ACTUALLY making a development where you can live, work and play!

The Craig Ranch development is located in McKinney’s golden corridor which offers easy access to the Sam Rayburn tollway and also an easy commute to Dallas, Plano, Frisco and the DFW airport.

Craig Ranch is in the North East quadrant of the “Four Corners.” The four corners is where Frisco, Plano, McKinney and Allen borders all converge. 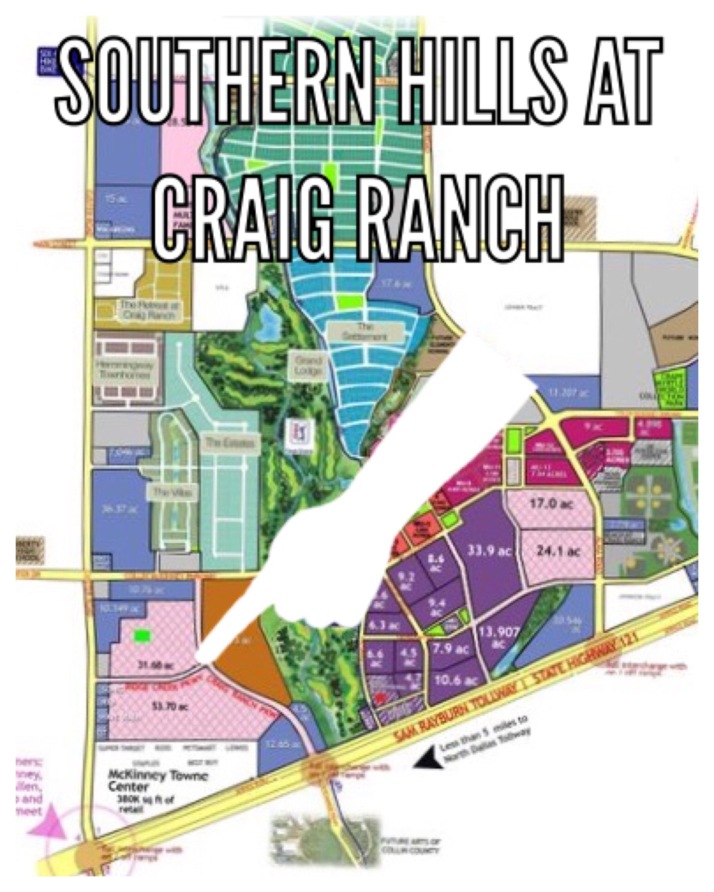 Southern Hills at Craig Ranch is by far the best location in relation to Highway 121 of any new home community since Richwoods opened in 2012. But did you know Southern Hills almost never happened?

When the City Coucil was approached with the proposal to rezone the land from commercial to residential, there was a tremendous amount of opposition from the city staff. 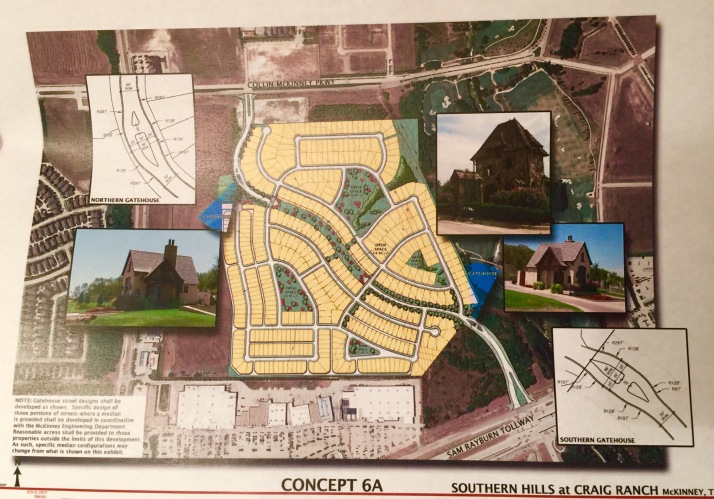 The main reason why there was such resistance is due to the arterial from Highway 121 to Custer which was a part of the city’s Comprehensive Plan of 1990 to relieve the traffic from Custer Road.

The City Council’s approval granted several variances to the subdivision ordinance due to the way the final plat is layed out to help limit the traffic.

Headquartered in Atlanta, Georgia, Ashton Woods was recently recognized as the nation’s 4th largest private builder in 2013. Their goal is to have a homebuilding experience that is more personal, more collaborative, and more empowering than any of their homebuyers ever could have imagined.

Ashton Woods feels that Southern Hills will offer a life with the best of everything, including the highly acclaimed Frisco ISD schools for the kids. And they might just be right! 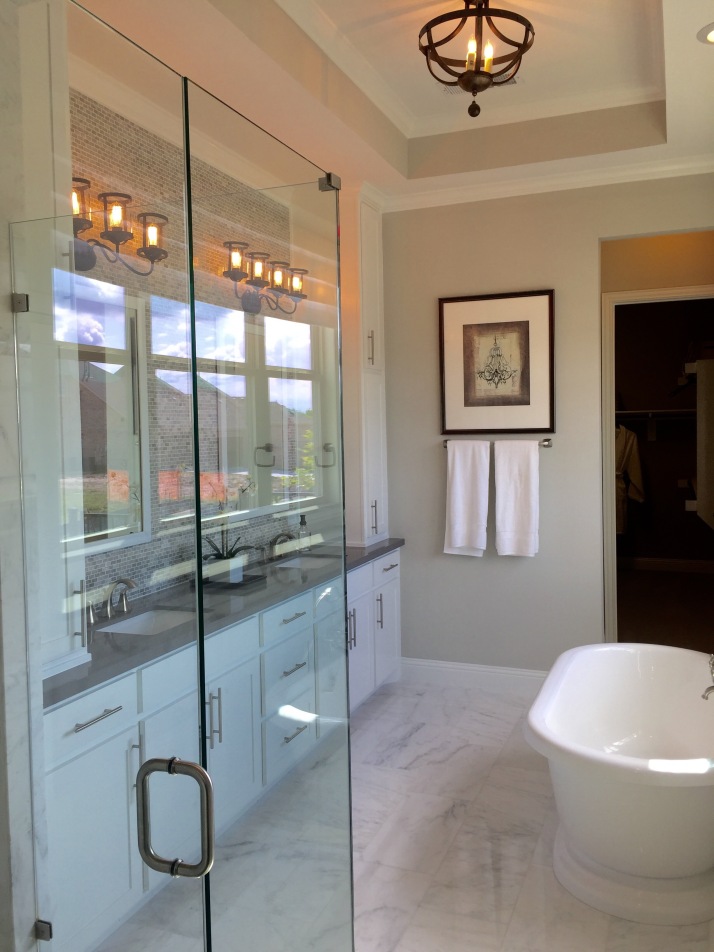 The community will consist of 441 single family homes, according to the final plat map with the City. The builder is saying over 300 homes, which is true.

Above is the final approved map for Southern Hills Phase 1, that is currently with the city, and I have Highlighted the different lots on the plat map that I am guessing will be the different sections looking at the lot sizes.

They plan to have three product lines within Southern Hills offering 40, 50 and 60 foot wide lots. There will also be premium golf course homesites available! (See below)

Ashton Woods will feature about 24 distinct home plans. Every plan was designed with beautiful architectural details and luxurious appointments.

Within the Southern Hills community there are plans to have a series of parks, play areas and trails throughout. In fact, the trails will eventually connect to the six city trail system being developed in the region!

Above is the entrance from the North side off of Collin McKinney. What I really like about Southern Hills is that is truly has rolling hills! It is also secluded just enough but also right by all the conveniences as well!

So Brad, how do I get more info?

Ashton Woods is having a VIP Preview event being held this next week on the dates below to share plans, pricing, lots and design feature information. The two dates for the event are Friday April 29th 6pm-8pm or Saturday April 30th 9am-11am .

I know this because my wife and I are very interested and will be at the first night! No joke!

Ashton Woods has had a tremendous amount of interest for Southern Hills at Craig Ranch so they have some guidelines for potential buyers below:

• A prequalification letter from a lender will be required to set a VIP contract appointment. An incentive towards closing costs will be offered for customers who finance through our preferred lender. Wells Fargo will be at the VIP Preview event to address questions as well. 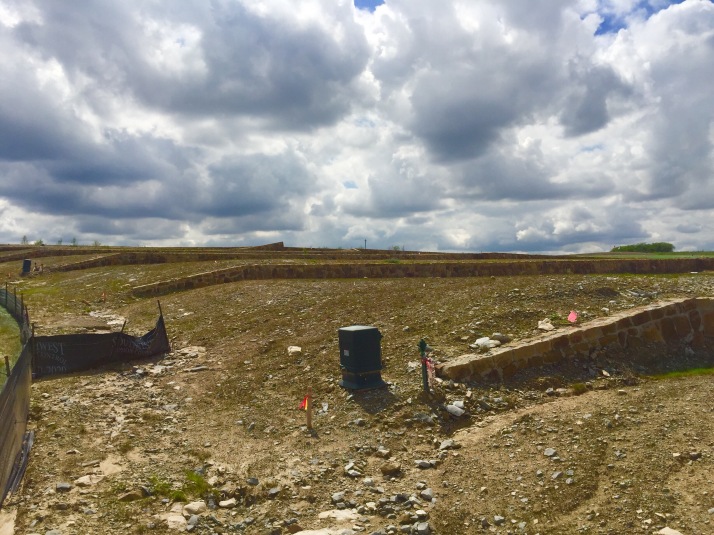 There are more guidelines, but I would recommend you call them today to get on the VIP Preview List!

But there is more!

If you already plan to attend the event or plan to call today to get on the list or to contract, remember that I am a broker/realtor and am offering ALL of my clients an ADDITIONAL $10,000 Rebate to use towards closing costs, additional upgrades or cash at closing!

Yes, this extra $10,000 will be out of my commission ON TOP OF what specials that Ashton Woods plans to offer for the Pre-Grand Opening!

And I also have a 4% Rebate Program for clients that need to sell an existing home AND buy a new home!

Right off of Custer between Eldorado and Rolater, Creekside by Beazer has poured the roads and getting a lot closer to their grand opening.

Above is the entrance right off of Custer, and they are starting to take people’s names for the interest list.

Besides the location, what I like the most is that they were connecting Craig Ranch North with Custer beside the community. That will be huge for traffic flow for both communities.

Wow! Never thought I would say this but Landon Homes at the Fairways in Craig Ranch with Frisco ISD opened today starting at $299,990!!! I know it is only $10 but with the prices that I have seen on new home communities with Frisco ISD, this is a big deal!

In every new home community it is standard for the builder to start low and after 5 or 10 sales increase prices. Most of the time, it is hard to believe but the builder normally breaks even if not maybe a couple thousand dollars on the first couple homes. And Mr. John Landon is a “moneymaker” with knowledge and experience.

So at 299,000 for 2,124 square feet the Sunningdale Floorplan above will be a great fit for a buyer wanting a one story at an unbelievable price for Craig Ranch. The highest Landon will go is at 3,124 with the Aberdeen Floorplan at only $359,990. I’m sure you can add more structural options and the square footage would top out at 3,400 square feet.

My best guess on this community would be that they will sell 7 or 8 this weekend and rIse prices on Monday.

If you are interested in the Fairways at Craig Ranch by Landon or would like to discuss the plat map, incentives etc. text or call Brad Holden today at (469)733-2723.

“And don’t forget to ask Brad about his $6,500 rebate for his clients that purchase a Landon home at The Fairways this month to use for closing costs or additional upgrades!” 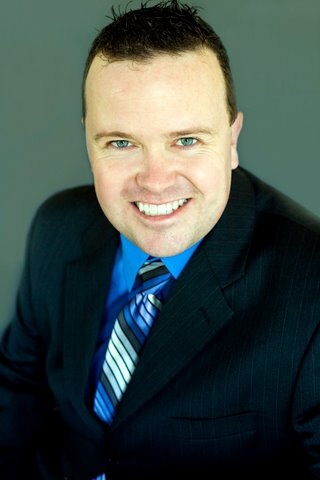 Landon Homes has started development at The Fairways at Craig Ranch in McKinney, Texas. Landon Development has submitted a Final Plat for the development to the city of McKinneys Planning and Zoning Commission and it has been approved. 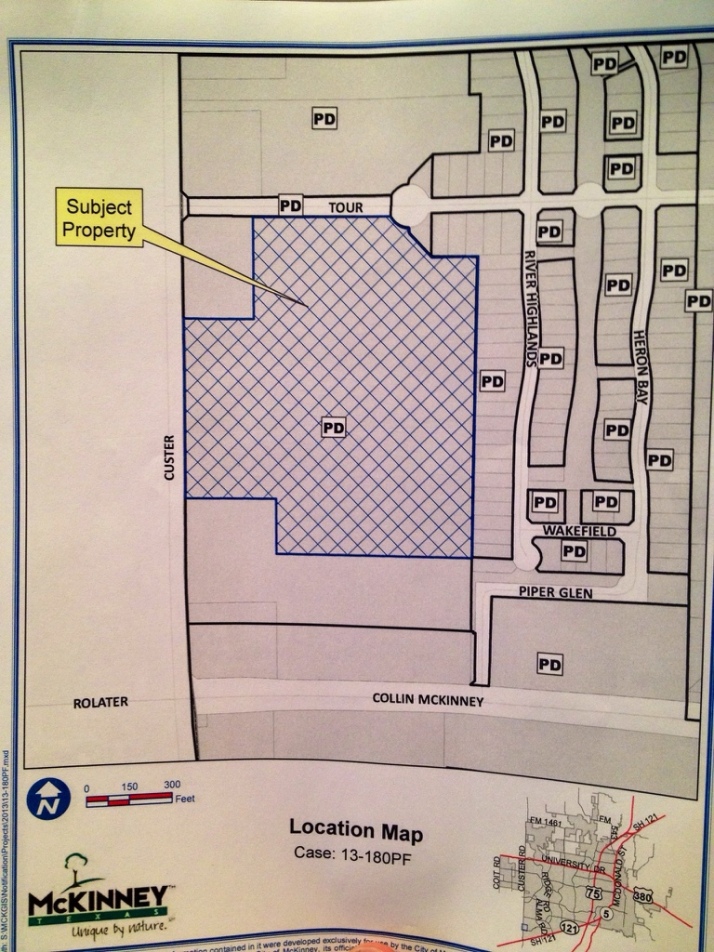 The location of The Fairways is pretty amazing being at the corner of Custer Road and Tour Drive in McKinney. A Main entrance into Craig Ranch from the west side from Custer.

The land was originally zoned commercial but rezoned to residential. At the South West corner of the land sits First United Bank which is on the corner of Custer and Collin McKinney/ Rolater. 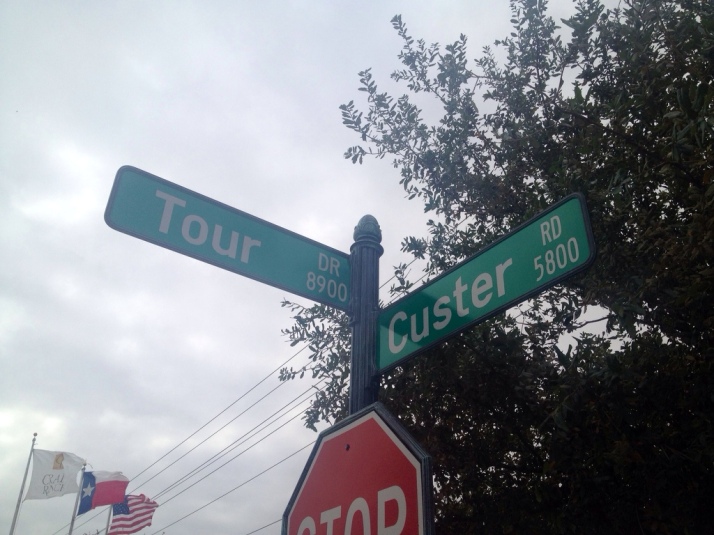 The plans are for 24.05 acres cut up into 145 single family residential lots and 4 common areas. The Craig Ranch Villas and Estates have exploded with sales and closed homes lately by Highland Homes, K Hovnanian and Huntington Homes. 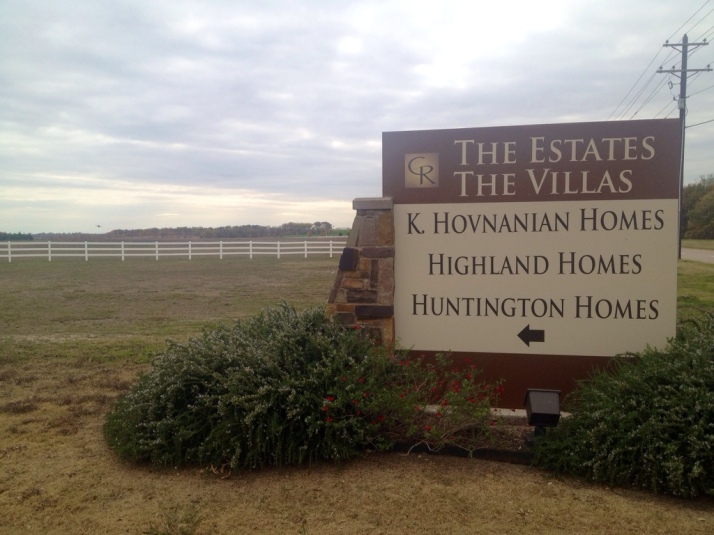 Today, I spoke to the developer at the site and things are definitely in action. Stakes are out and dirt is moving. The main entry will be off of Tour Drive into the community. Below is the view turning off of Custer towards the entry location. Absolutely stunning!

The Fairways will be mainly East and West facing properties and a standard size lot of 51 feet wide by 100 feet deep. Plans have not been released but the developer said that construction on the lots should be around the third quarter of 2014.

I have been involved with David Craig and Craig Ranch since 2005 and am so excited to see this prime location off of Custer turn into homes. The beauty of Craig Ranch is the Master Planned Live, Work and Play in the same area. 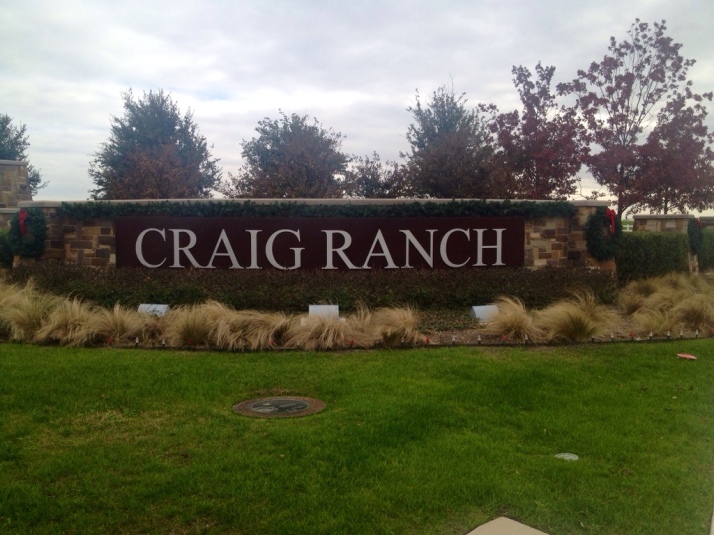 And having the TPC Craig Ranch in the community does not hurt anything at all. After speaking to David Craig today to catch up about Craig Ranch I was absolutely shocked about where the community is today! See the map below!

Besides Craig Ranch, you have a location off of Custer that will allow you to get to Highway 121 in a couple minutes, city of McKinney with Frisco ISD and to be able to buy a house in 2014 for under $300,000 is amazing!

CLICK HERE FOR INFORMATION ON THE RELEASED PRICES AND PLANS 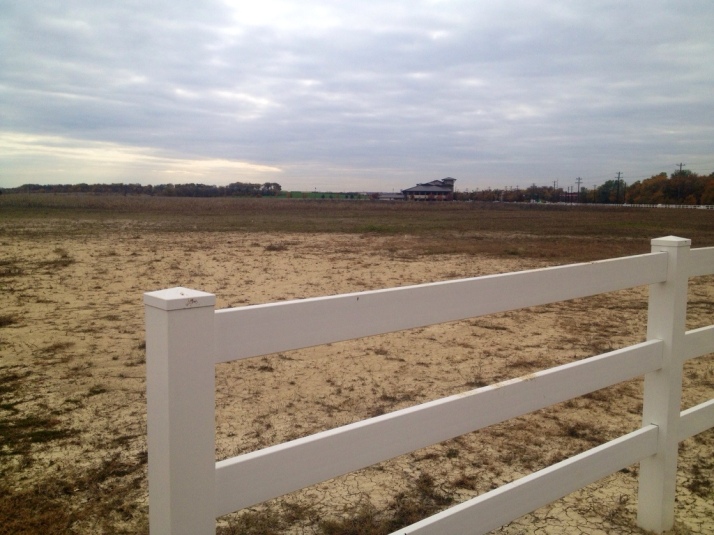 Highland Homes is now sold out of the Villas and K Hovnanian Homes has 6 remaining homesites left. Huntington Homes in the Estates have 12 homes closed and many more in the pipeline.

My best guess is from the plat the homes will be front entry and be more of a patio product. Square footage could be 2,300-3,500? And prices on the sign say starting at $280’s. 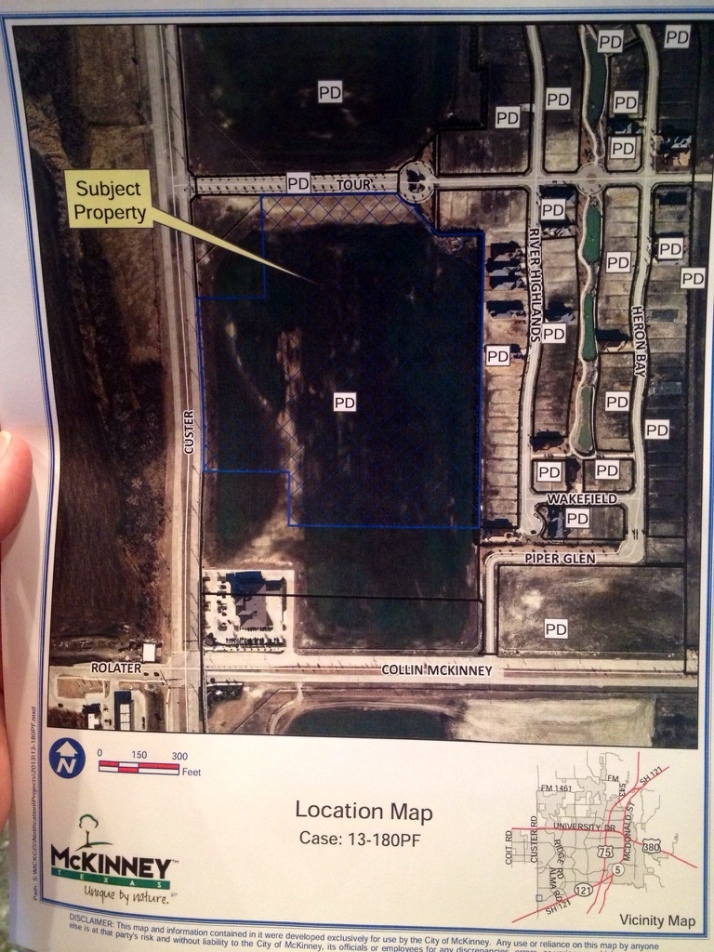