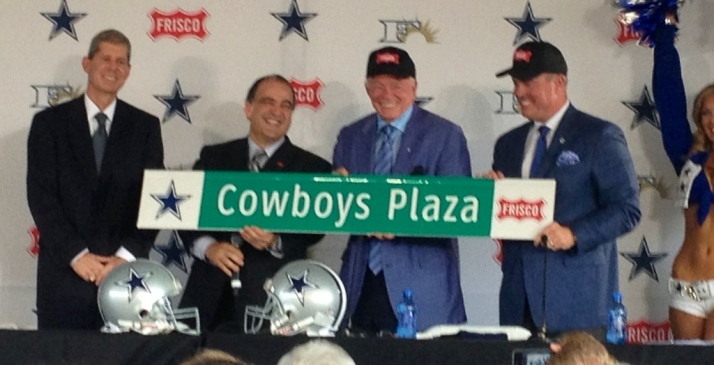 Now, across the street from the retail center the acres of flat open space has a new blue sign that reads: “Future Home of the Cowboys World Headquarters & Training Facility.”

THE DALLAS COWBOYS ARE COMING TO TOWN!

America’s Team announced its plans for a $115 million deal to develop 91 acres owned by the Frisco Community Development Corporation.

Though businesses and residents are enthusiastic, some have expressed concern about increased traffic. Plans are to open the practice facility for the 2016 season. 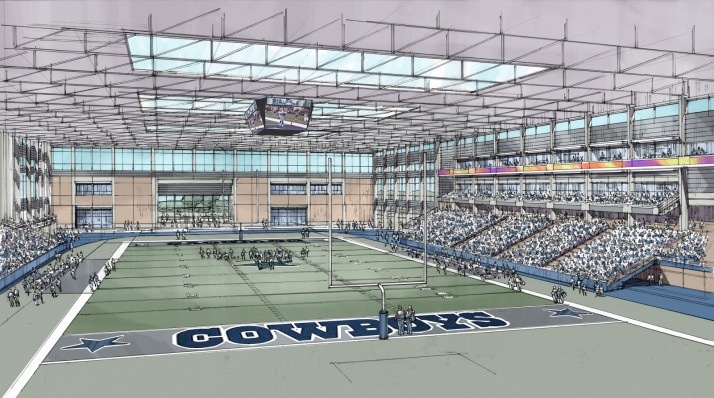 In addition to a 12,000-seat indoor stadium and office space, 66 acres will be sold to Cowboys owner Jerry Jones’ Blue Star companies for private development. Other businesses within the private development are expected to include high-end sports retail, restaurants and a luxury hotel.

Stonebriar Centre Mall might be the only other opening that was more anticipated or possibly the Richwoods Development on the East side of Frisco.

Anytime Frisco grows, it’s positive for the mall and other big residential communities like Richwoods, Lawler Park and Liberty Crossing.

When the Frisco Community Development Corp. bought the parcel in 2010, city manager George Purefoy mentioned it would be a prime spot for a children’s amusement park. It was also considered as a possible home for a movie and production studio.

The city of Frisco also tried to lure the Nebraska Furniture Mart to the open up the acreage, but the retailer decided to build in The Colony instead. 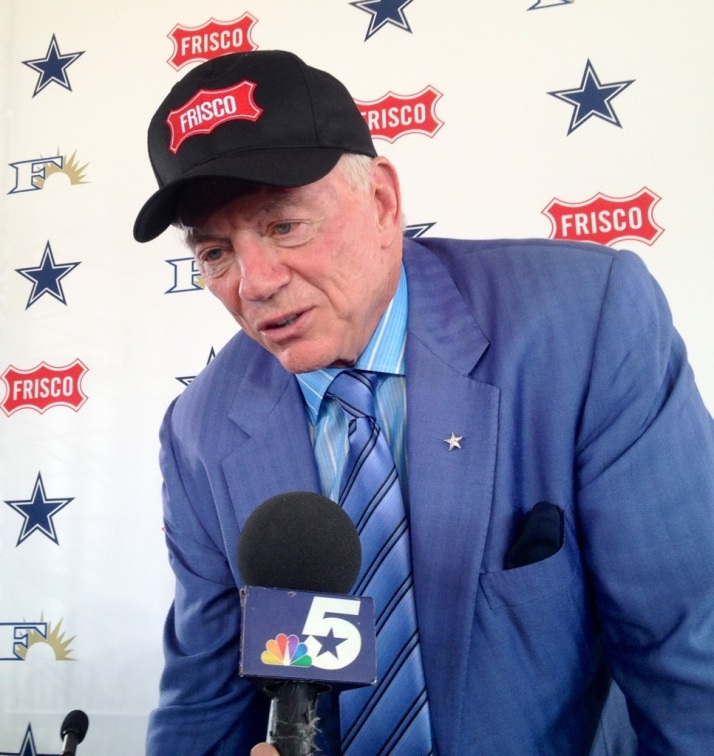 But honestly, who would choose a furniture store over the Dallas Cowboys?!? Around the facility there should be close to three times the retailers of the Shops of Legacy in Plano.

I have already shown one Dallas Cowboy through some Toll Brothers homes in Richwoods and I am sure he is not the last. I have also had a Cowboy inquire about Phillips Creek Ranch, so they are definitely looking. 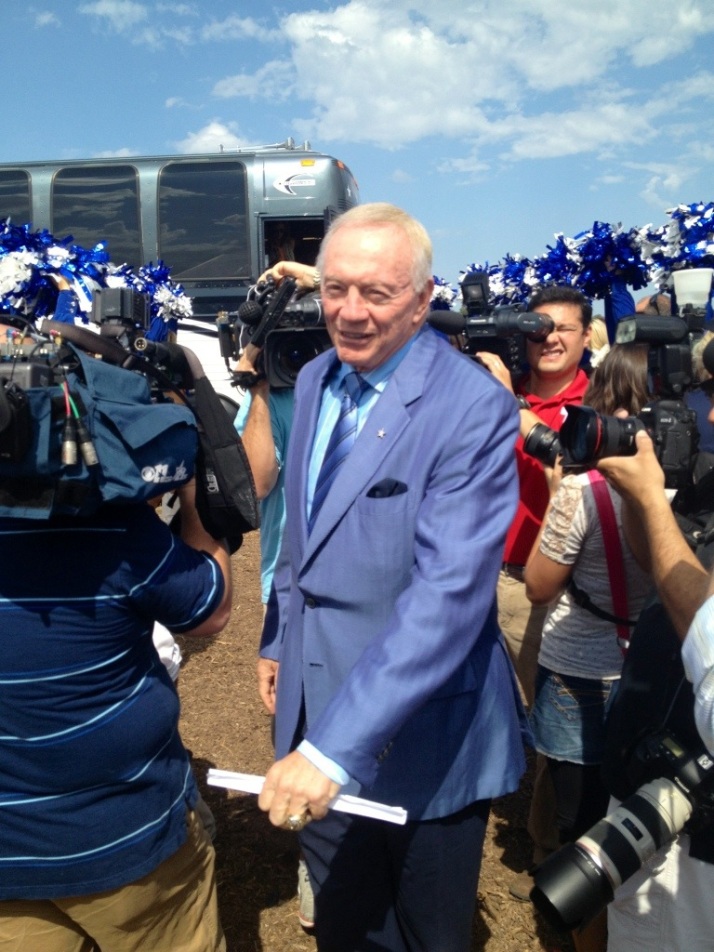 And the fact that this guy will be seen around town won’t hurt the JJ spotting a on FaceBook either.

For more info on Frisco New Homes or available lots in any of the newest communities in Frisco, call or text Brad Holden Today at (469) 733-2723.

One thought on “Dallas Cowboys Excitement Grows in Frisco”