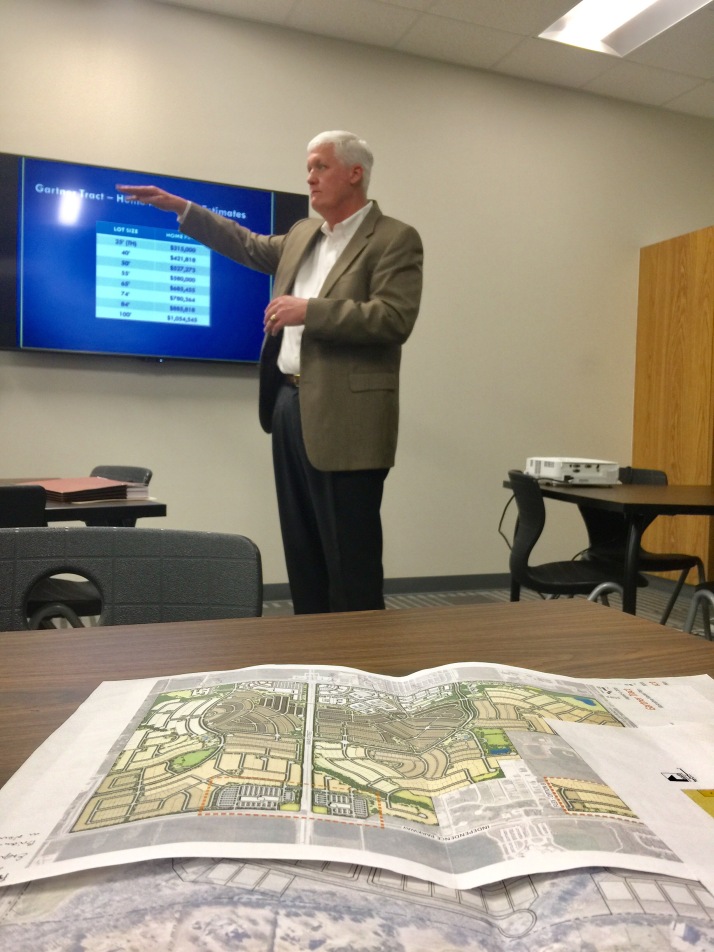 Last night at 6:30pm at Nelson Middle School, tensions rose as Frisco residents met with a developer Newland Communities. Newland set up an Open House meeting for residents to give their opinion in regards to the Gartner Tract soon to be “proposed Zoning”.

Newland Communities and the Gartner Family plan to co-develop 724 acre tract in East Frisco. When complete, the Frisco development will have close to 3,000 Units!

The development stretches from North of Main Street to Rolater Road and from Independence Parkway to Custer Road. 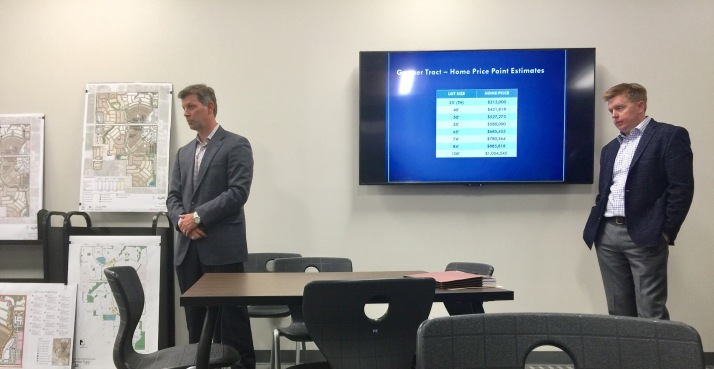 The meeting was held in the library of Nelson Middle School in Frisco.  There were approximately a total of 45 people there.  I’m guessing, 12 were from the Newland side(architects, attorneys etc.) and about 20 residents with the remaining 13 all from the City of Frisco.

The Mayor Maher Maso was even there!

The purpose of the meeting was regarding a Zoning Request.  When looking into a zoning request at the City of Frisco they look at different layouts/lot patterns, architectural features and even street designs. For a 724 acre tract, it is a very big deal and a very long process.

They have actually been discussing this for 15 months already with the City!

Brian Cramer, Senior Vice President, Newland Communities was introduced to explain what the development plans were in depth.

He explained that Newland is the Largest Privately held developer in the United States!  He also mentioned that represented there with them were Callison RTKL, Kimley-Horn and Winstead companies.

Tommy Mann with Winstead was very impressive! He Tommy Mann is with Winstead’s Zoning & Land Use and Real Estate Development & Investments practices, who Newland is using for the Gartner Tract.

He represents developers and land owners in securing entitlements and the formation of public/private partnerships for new development.

He discussed a lot about the Proposed change in zoning for his client.

Brian explained that currently they are developing Hollyhock in Frisco and Canyon Falls in Flower Mound.

Extensive market studies were done on what land uses the property could hold. They said Custer Road has a 45,000 car traffic count as of today! That’s nuts!

Brian said Newland tried to create a dense urban core with the focal point around about 800 multi family units and retail and restaurants.

The City is concerned about the amount of multi-family units like apartments and townhomes as well as smaller lot sizes such as 40 foot lots and 50 foot lots.

Townhomes plan to be outside the core then a line of 40 foot product homes around the commercial space core with retail and restaurants.

The first phase has already been approved. If you drive down Main, you can see the moving of dirt for the 248 lots.

I was very intrigued with the mention of larger 100 foot lots towards the northern section of the community that plans to be Gated! Below are the estimates that Newland came up with as a starting price in today’s market for the community.

Brian continued with saying there will be two city parks. He mentioned that every home will be within a 5 minute walk to a park! Another big plus is they preserved the the two large tree lines!
Newland has submitted the first plans for the Amenity Center. They also want to have the lots ready by the end of the year for builders to start selling in 2018.

I REALLY like John Lettelleir. He’s pictured above and is the City of Friscos Development Services Director. Any question that was asked regarding the city, he was there to give the answer!

Here are some more important points Brian touched on:

A resident asked why we were here? Newland answered that they wanted input from residents and wanted to let them know what the plans were.

A resident then asked if the 64 foot lots would look like “snout homes?” Newland answered that they were not familiar with the term.

Another resident stated, “All we are around is apartments, everywhere!”

Then another stated, “We all don’t want the multifamily around here!”

Then another resident asked what the traffic count would increase to after the community was developed.

The Newland team responded said that they were Ballparking this number, but under their proposed plan there would be around 35% to 45% less traffic that what the current zoning would produce.

The biggest change is the 152 acres of commercial zoning north of Main Street.

Then I’m not sure who it was but a City Board Member or someone with a City of Frisco name tag stormed up and walked to the front and stated that he is completely against it and will not vote for it!

He was very adamant about the “17 apartment buildings“on the McKinney side that he counted driving south on Custer to Main and we DID NOT need more! 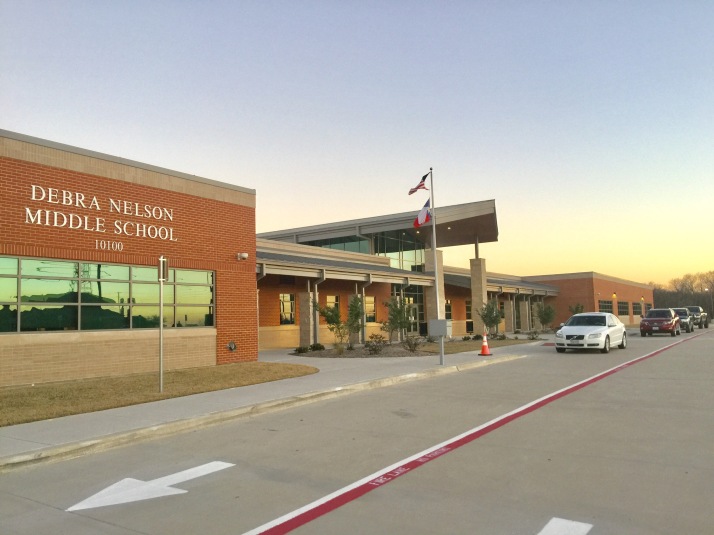 Honestly, if the City of Frisco doesn’t approve this it could turn into a disaster! Newland is a huge development company with over 50 years of experience. They know what they are doing.

If the commercial stays the same zoning, it will fail MISERABLY with the depth of the section North of Main. I’m guessing it would have 30% be very successful but the rest would be empty space. That’s on 152 acres!

I also understand that hearing “multifamily” and “townhomes” and “apartments” sounds scary, but someone in a $300+ townhomes is not going to steal a TV from your house! And the apartments will most likely be $1,000+ a month. That’s a lot for an apartment!

They have one more meeting at Liberty High School on Monday night. Let’s see how that one plays out! 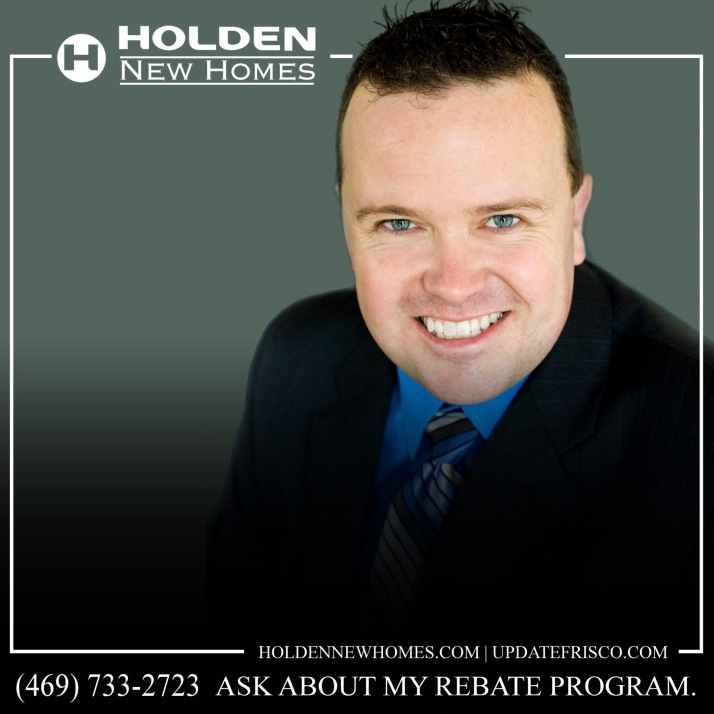