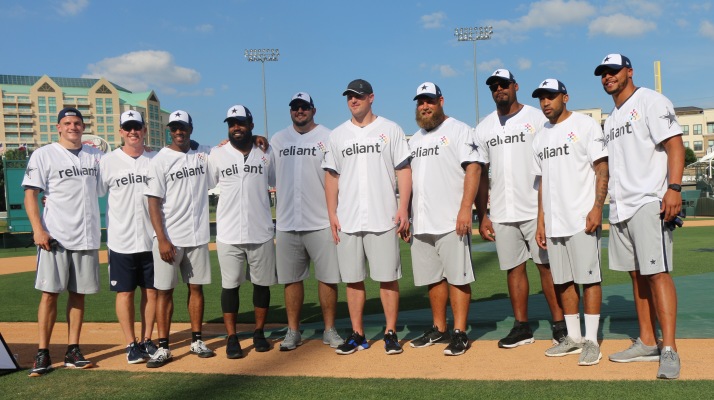 The Dallas Cowboys participated in their sixth annual Reliant Home Run Derby held in Frisco, Texas at the Dr.Pepper Ballpark last Monday.  They raised $50,000 for the Salvation Army. Head Coach of the Dallas Cowboys, Jason Garrett, came away as the winner for the second time only raising $100 more than Jason Witten. 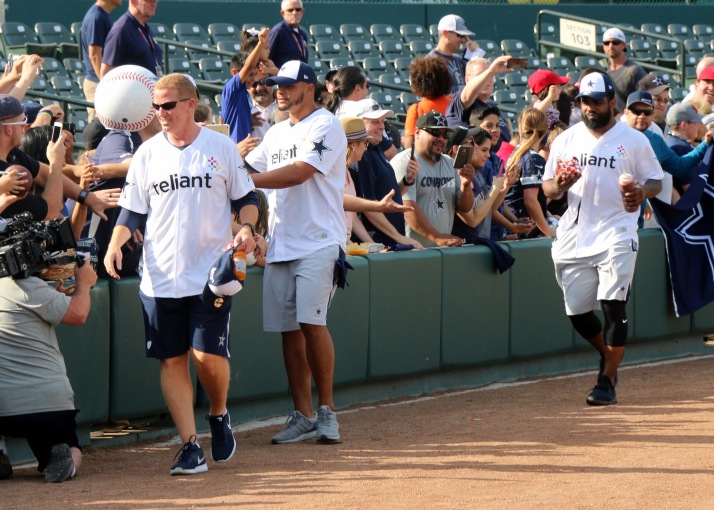 The event started at 5:30pm and tickets were only $5.00!  Absolutely an amazing opportunity for families to bring their kids to be up close with the Dallas Cowboys. 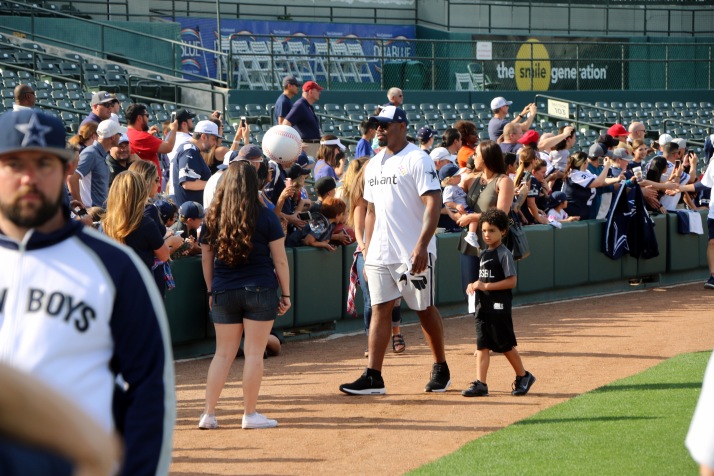 Many of the players brought their kids with them like Tyron Smith. 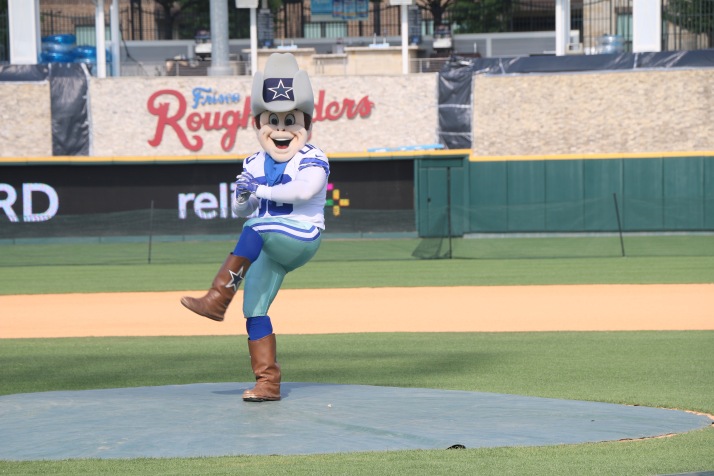 Rowdy made an appearance and threw out the first pitch. 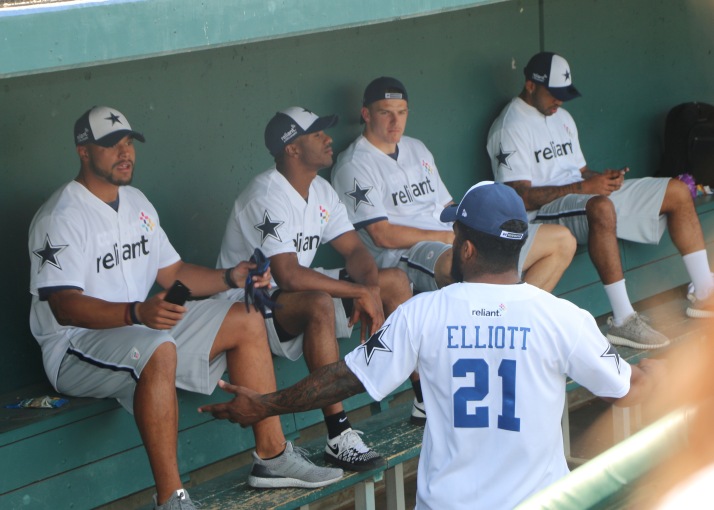 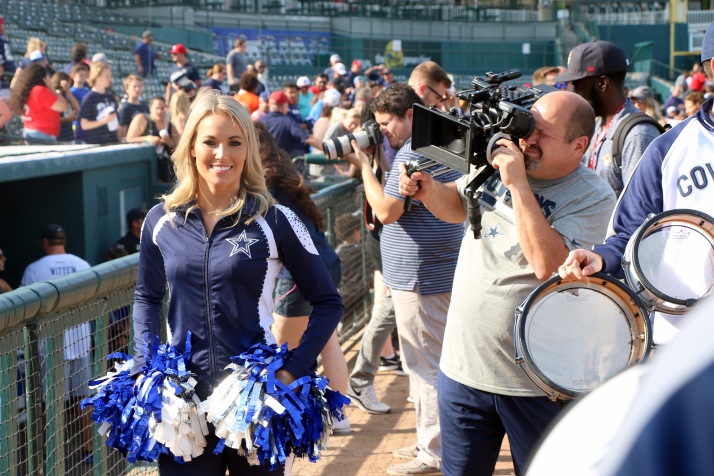 The players were getting ready for introductions in the dug out. 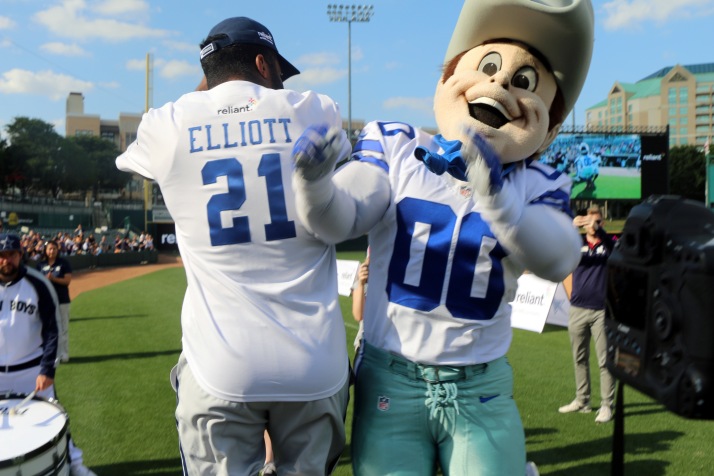 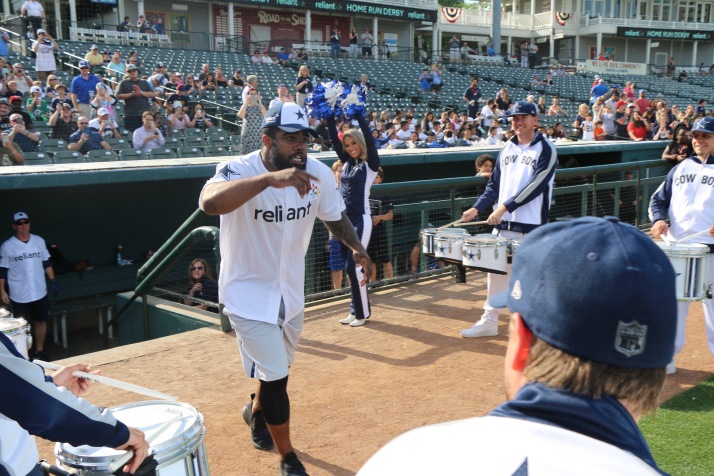 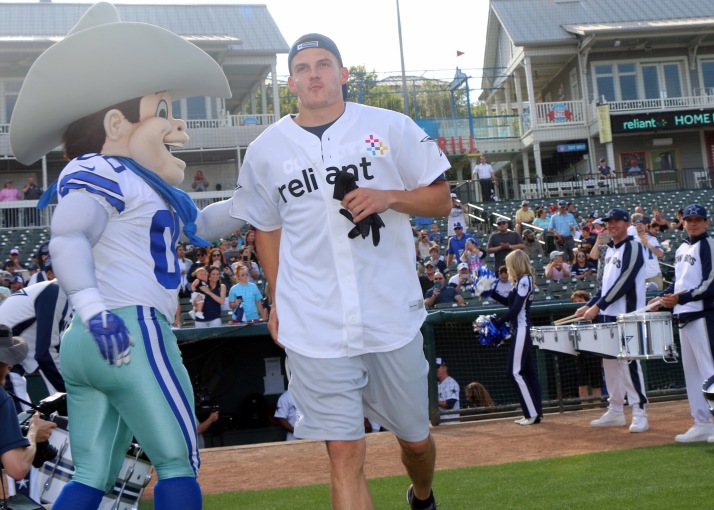 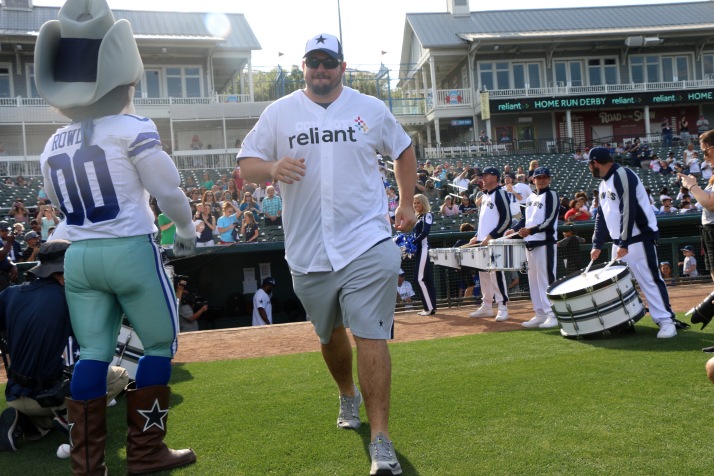 Here are a couple videos highlighting the event:

Dak Prescott had to have baseball in his background because he can crush the ball!

Dez and Dez Jr. race to say their hellos to Dak Prescott.

After the derby, Byron Jones, Coach Jason Garrett, Ezekiel Elliott and Dak Prescott try out their skills in the infield.